The British Empire is a guild on TLOPO founded by Lord Grey on December 14, 1749. Command of the guild was transferred to Lord Newcastle soon afterwards, and The British Empire has become the primary guild for the CRP nation of Great Britain. 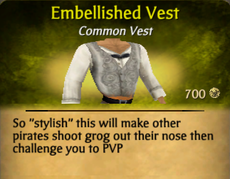 ~New Officers To Be Added Soon~

The Cabinet confronting the Black Guard

Guild Portrait
Add a photo to this gallery

Retrieved from "https://potcobritain.fandom.com/wiki/The_British_Empire_(TLOPO)?oldid=29428"
Community content is available under CC-BY-SA unless otherwise noted.