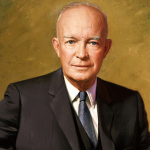 aka God Emperor of Patriotism

Heya! Most call me Mall or Mallace.  I am a Bur here and have served our glorious nation of Great Britain for over 7 years now. I have developed key relationships with the top executives of the country and have amassed a great many friends within all ranks. If you need anything, I'm very easy to reach. I currently serve as Lord Chancellor, the 3rd in command of the entire nation. As I said, I am great friends with those both above and below me and regularly talk with each.

In terms of Wiki needs, I do have administrative capabilities and am very easy to reach! Please let me know of any problems, whether it be a coding issue or problems regarding other users, or anything else.

I've roleplayed a lot.. and I began playing the game in July of  2008. Here's a list of where I've been and titles:

The East India Trading Company (EITC): Head of the Department of Discipline,Head of Baltic District Affairs, Chief Executive Secretary to the Court of Directors, Overseer of the Lord Governor, Head Senior Lord, and much much more.

Retrieved from "https://potcobritain.fandom.com/wiki/User:Lord_Andrew_Mallace?oldid=27045"
Community content is available under CC-BY-SA unless otherwise noted.